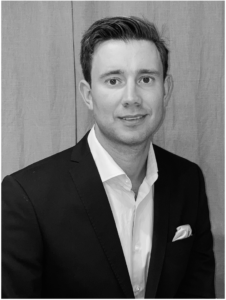 MBA, M.Sc. in Forestry. Swedish citizen. Has studied forestry at SLU (Swedish University of Agricultural Sciences in Umeå and Uppsala while he also studied Business Administration. Carl graduated in 2012 and hold both a M.Sc. in Forestry and a Master’s degree in Business Administration from SLU.
Carl started his forestry career in 2007 by establishing a silviculture contracting company in Umeå, Sweden, during the years of university studies. He later had an internship at Holmen in Norrkoping, Sweden in 2010 and an internship at Timber Capital Ltd. in Sau Paulo, Brazil, in 2011, with a scope to analyse the real outcome and key figures in eucalyptus plantations after establishment compared to pre-investment assumptions. Carl wrote his master’s thesis about the competitiveness of eucalyptus plantations on the Iberian Peninsula in cooperation with GreenGold in 2012 and joined GreenGold after gradation as a Business Analyst. He later advanced to an Investment Analyst position and later to Investment Manager where he took an active part in establishing GreenGold in Lithuania by relocating to Vilnius for a year and acted a managing director for the Lithuanian branch. After two and a half years at GreenGold Carl became Head of Forestry – Baltics at Skogssällskapet (one of the largest private forest management companies in the Nordics) for three years, worked with sales and marketing for a year and later as Head of Forest Investments and Property Development for three years with Sweden, Finland and the Baltic countries as geographical focus before returning to GreenGold again after seven years at Skogssällskapet. Carl is fluent in Swedish and English and speaks some German, Lithuanian and Portuguese.