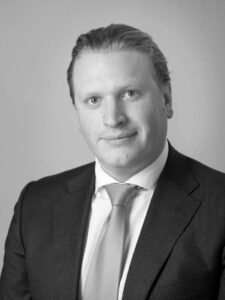 M.Sc. in Economics and Business from the Stockholm School of Economics. Swedish citizen

Gustav Wetterling was appointed CFO of GreenGold Group in October 2022. Mr. Wetterling has an extensive career of senior management positions in publicly listed companies and diverse sector knowledge, while natural resources has been a common theme. Most of his previous positions have also been connected with emerging markets and managing constantly changing and challenging external environments.

Mr Wetterling joined GreenGold from Pomegranate Investment, where he was Deputy CEO since July 2021 and CFO since February 2017. Prior to that he had been working as Group CFO at RusForest AB, where he helped turn around the listed forestry Group from insolvency in 2013 to high profitability in 2016 when it was acquired. Mr Wetterling previously worked at Black Earth Farming Ltd. in Moscow, where he was Director of Procurement and before that Head of Investor Relations. He has also worked for Vostok Nafta Investment Ltd. and Svenska Handelsbanken in both Russia and Sweden. Gustav speaks fluent Swedish, English, Russian and basic German.

This website uses cookies to improve your experience while you navigate through the website. Out of these cookies, the cookies that are categorized as necessary are stored on your browser as they are essential for the working of basic functionalities of the website. We also use third-party cookies that help us analyze and understand how you use this website. These cookies will be stored in your browser only with your consent. You also have the option to opt-out of these cookies. But opting out of some of these cookies may have an effect on your browsing experience.
Necessary Always Enabled
Necessary cookies are absolutely essential for the website to function properly. This category only includes cookies that ensures basic functionalities and security features of the website. These cookies do not store any personal information.
Non-necessary
Any cookies that may not be particularly necessary for the website to function and is used specifically to collect user personal data via analytics, ads, other embedded contents are termed as non-necessary cookies. It is mandatory to procure user consent prior to running these cookies on your website.
SAVE & ACCEPT